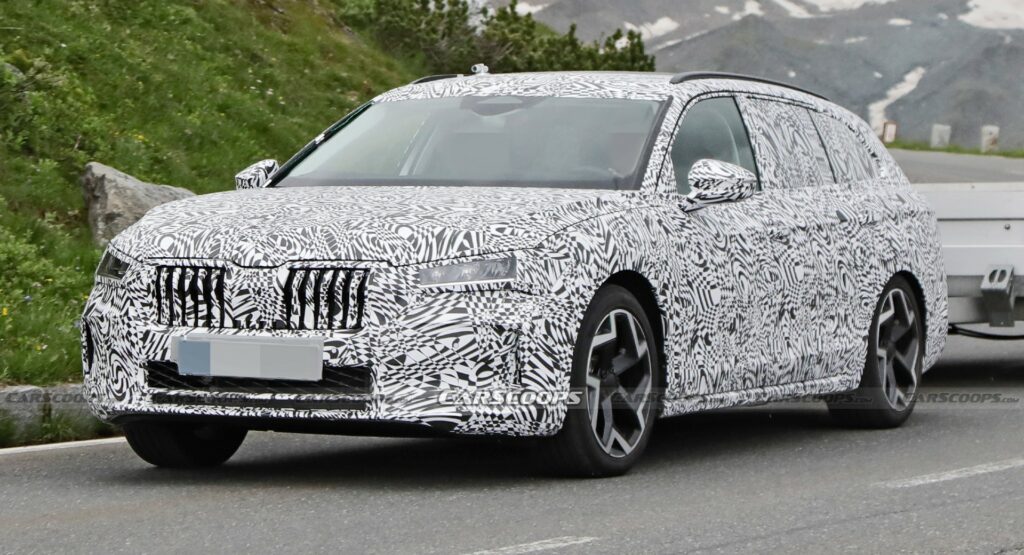 The next generation of the Skoda Superb has been spied wearing its production body for the first time, as we move closer to its 2023 debut. Skoda’s flagship was spied in the more practical wagon bodystyle.

The Skoda Superb has already been spied testing in both sedan and wagon forms, however, those were mules of the new generation hiding under the current models’ bodies. Now we get to see the first prototype testing on Europe’s public roads, with the final production body and lighting units being covered in camouflage. 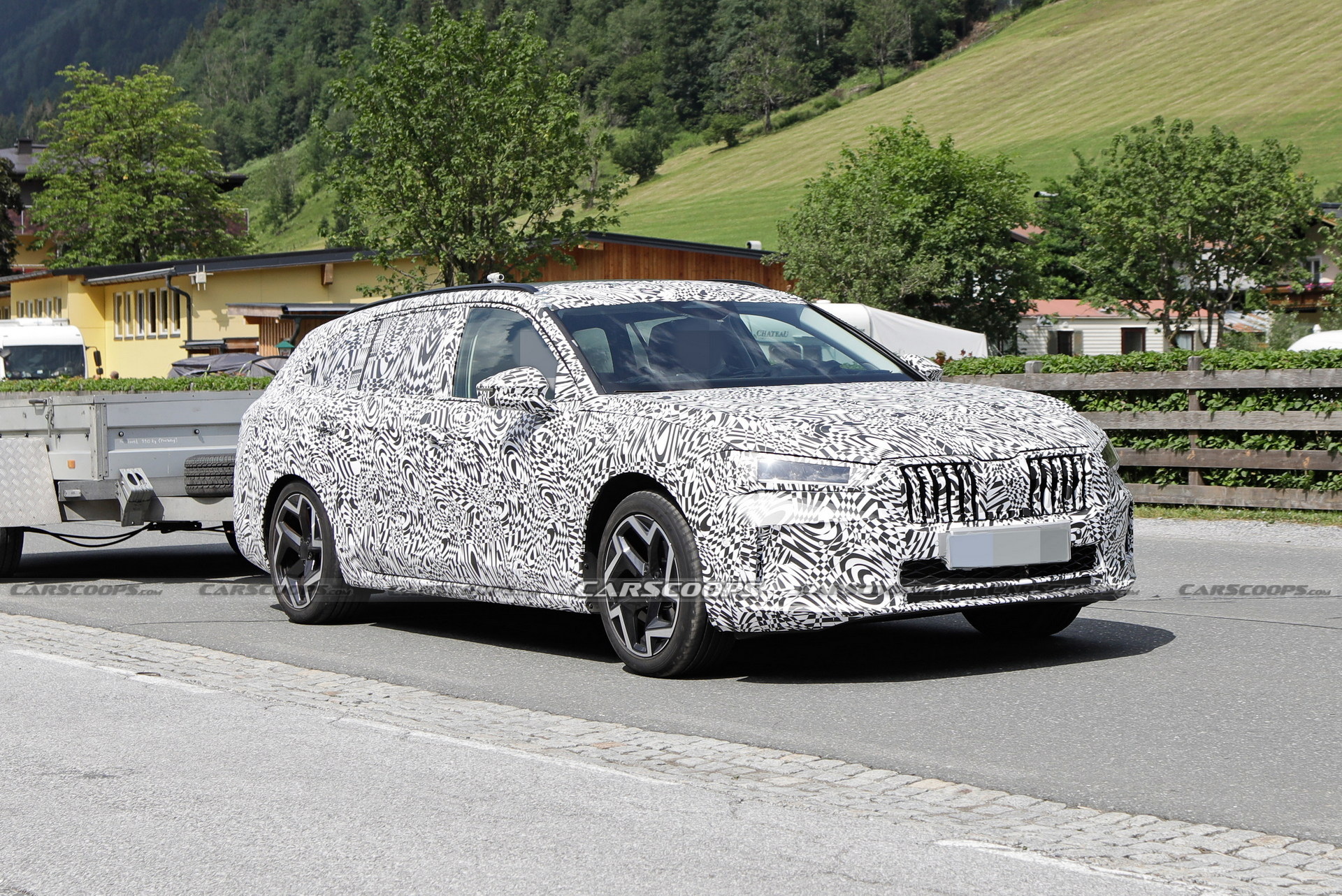 Predictably, the Skoda Superb looks like an evolved version of its predecessor. The front end is similar to the soon-to-be-facelifted Skoda Octavia, with vertical bumper intakes, a large Skoda grille, and slimmer headlights.

If the profile and the rear end seem familiar, it’s because they look pretty similar to the VW Passat prototype we came across a few months ago. Besides sharing their MQB-based underpinnings, it appears that the two models will also share the greenhouse and some body panels. Still, each brand is expected to infuse its own design language on the front end, and possibly on the taillights. 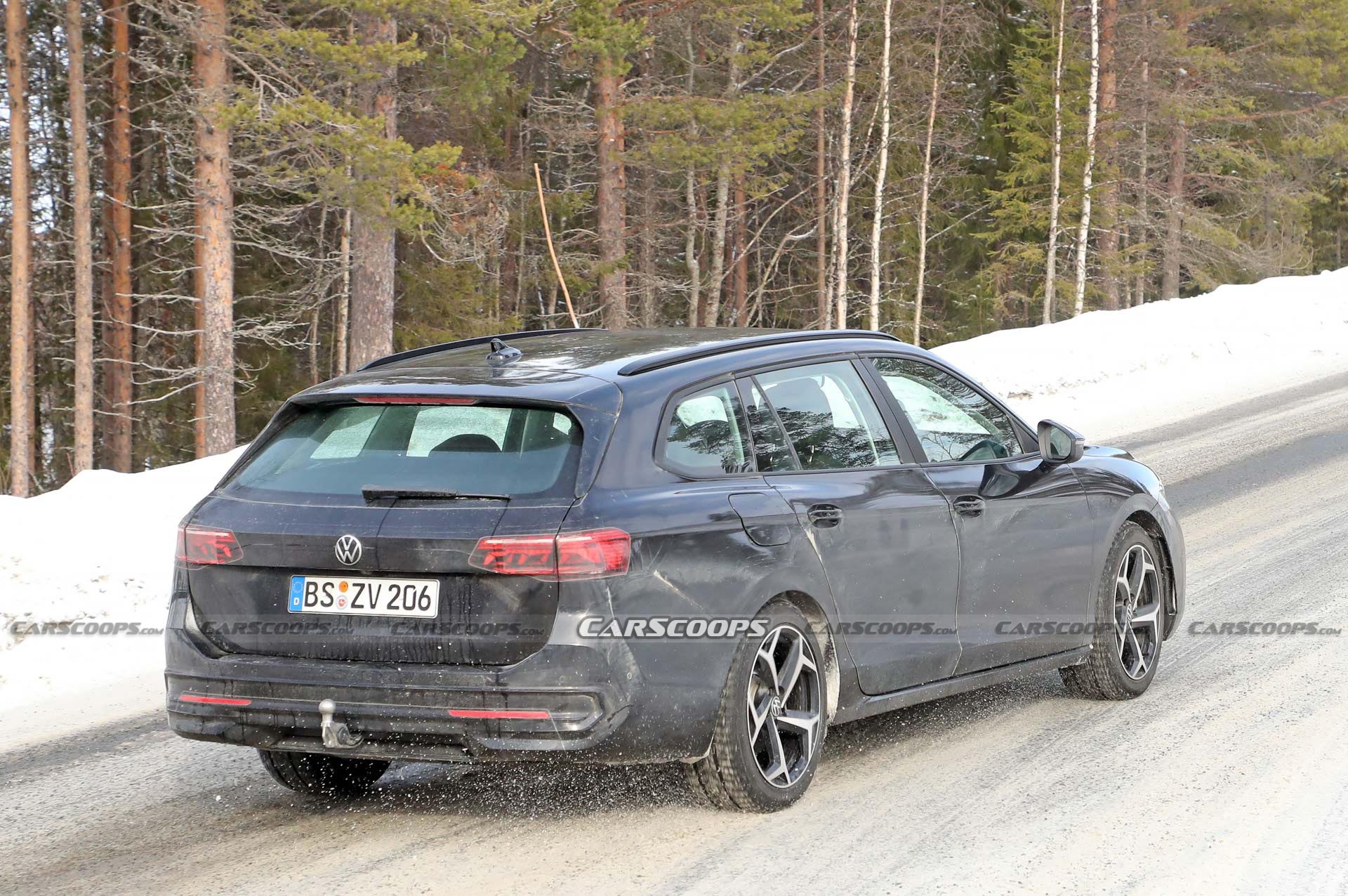 Unlike the next generation of the VW Passat that will be exclusively available as a wagon, the Skoda Superb will retain both sedan and wagon variants. In terms of powertrains, the upcoming Superb will be offered in petrol and diesel guises, benefiting from mild-hybrid technology. A more powerful plug-in hybrid Skoda Superb iV will sit at the top of the range, with an increased EV-only range of up to 62 miles (100 km).

With the current generation having debuted back in 2015 and having received a facelift in 2019, the all-new model could be introduced in early 2023. The Skoda Superb will be produced in Bratislava, Slovakia, alongside its VW Passat sibling.