Maruti Suzuki is on a roll this year. After introducing several new products, the brand is now working to bring the all-new Maruti Suzuki Vitara Brezza, which will only be known as Brezza in the future. This is the first time that the new Brezza is spotted without any camouflage by T-BHP and reveals all the design details.

Maruti Suzuki likes to evolve the design of its cars through the times. The new Vitara Brezza also gets a slew of changes that makes it look updated and fresh in the market. The spy picture reveals that the new 2022 Brezza will come with a newly designed chrome grille and the headlamp units are much sleeker than before. The new sub-4m compact SUV also gets updated bumpers. The new bumper and headlamp unit sure add a fresh look to the car.

We can also see that the new car gets newly designed alloy wheels as well. These are the most aggressive looking alloy wheels we have seen with any of the Maruti Suzuki cars to date. The rear gets slim wraparound tail lamps. Like before, the dual-tone paint job will be available as standard with the higher-end variant.

A new cabin as well 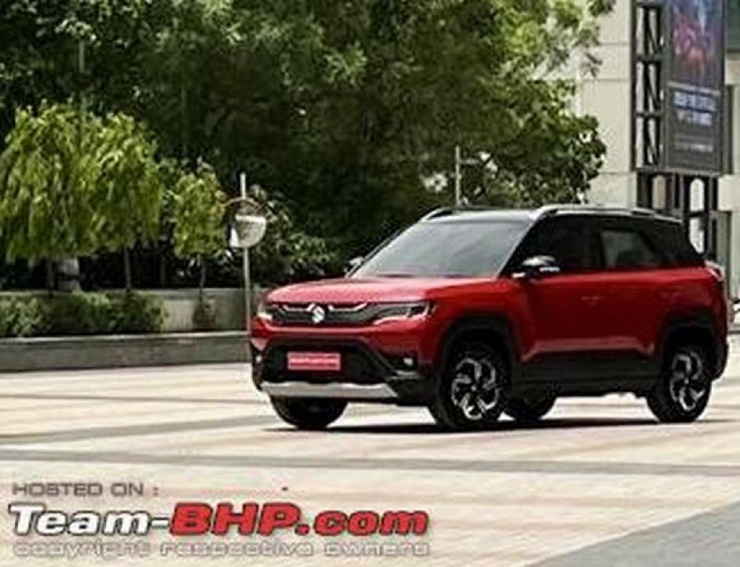 While we are yet to see the cabin of the new Maruti Suzuki Brezza, there will be a long list of changes. The new Maruti Suzuki Brezza will be ditching the current interior layout, which is turning out to be too long in the tooth. The new layout will have bits like a free-standing touchscreen infotainment system, which is larger than the current Smartplay Studio system and will run on an all-new operating system with new display modes. 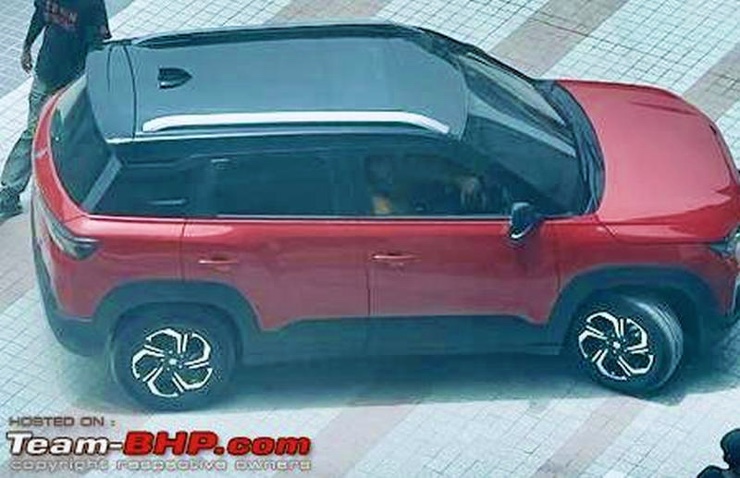 The instrument console will not be a full-TFT unit but will come with a small TFT screen for the MID. Other features which are confirmed are single-zone automatic climate control, push start-stop button, e-SIM based connected car features, wireless charger, paddle shifters for the automatic transmission variants and a single-pane sunroof, which is a first for a Maruti Suzuki vehicle.

Under the hood, the new Maruti Suzuki Brezza is expected to retain the platform and the 1.5-litre four-cylinder naturally aspirated petrol engine. With the current mild-hybrid setup, the engine makes 105 bhp of maximum power and 138 Nm of maximum torque. Maruti Suzuki is expected to tweak this engine with higher power and torque outputs and efficiency figures to hold a candle in front of the more powerful turbo-petrol engine options available in its direct rivals.

With the new features and a more premium visual appeal, the new Maruti Suzuki Brezza will see a substantial price hike, at least in the higher-spec variants. With an expected price range of Rs 8-12.5 lakh (ex-showroom, India), the new Brezza will be priced as a direct rival to the more premium offerings in the segment, such as Kia Sonet, Mahindra XUV300, Tata Nexon and Hyundai Venue.