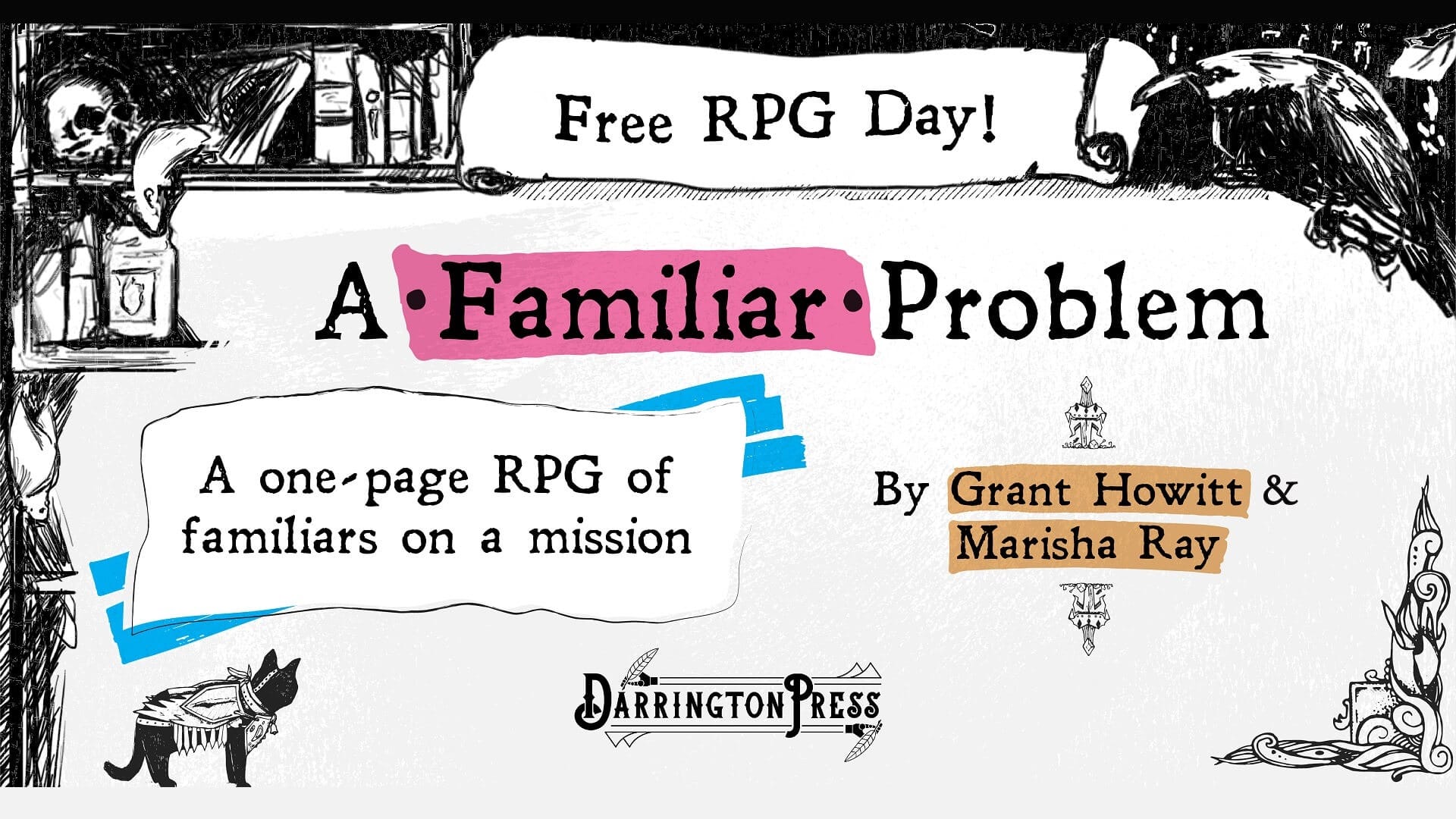 Free RPG Day is coming up soon, being held in North America on June 25th and on July 23rd outside of North America. All manner of large publishers in the tabletop world are working together to provide gaming stores all across the world with a selection of goodies from RPG quickstart guides, to miniatures and paints. Previously known partners include Paizo, Wizkids, Magpie Games, and Renegade Game Studio to name a few. Darrington Press is releasing a free one-page RPG called A Familiar Problem in partnership with Free RPG Day.

This quest has been created by Marisha Ray, Creative Director of Critical Role, and designed by Grant Howitt, a well-known tabletop game designer whose works such as Crash Pandas and Honey Heist Critical Role fans will likely be familiar with. In A Familiar Problem, the players will take up the roles of a number of familiars that are working with an adventuring party. For the first time, the familiars will need to band together to complete a quest on their own. While it might not be the kind of stakes the adventuring party is used to it will likely be a challenge to complete without their friends.

In conjunction with Darrington Press releasing A Familiar Problem, Marisha Ray will also be running the one-shot via Critical Role’s YouTube and Twitch on June 23rd at 7 pm Pacific. The one-shot stream named A Familiar Problem: Sprinkle’s Incredible Journey!, will have the case playing as a number of familiar familiars from Critical Role history. As the name implies Sprinkle will be there, and we might get an appearance from Nugget or Trinket. Joining Marisha Ray at the table are Critical Role co-founders Laura Bailey, Matthew Mercer, and Travis Willingham. Also joining the table is Isabella Roland, who tabletop fans might recognize from Dimension 20, and Heidi N Closet, Drag Queen and musical artist who was a competitor on Season 12 of RuPaul’s Drag Race. If you’re not able to catch the stream live then you can catch the VOD on Twitch for subscribers, and on YouTube on June 25th.